We know that when we are at war, inevitably society must deal with an unfortunate number of casualties.  Humanity engages in many wars; most often with the intent to preserve its existence.  One of our toughest battles today is the fight against drug abuse. The raging drug war leaves communities with far too many fatal injuries.  How long can we continue to allow the tragic loss of lives and witness how precious souls become casualties?

Saldanha Bay Municipality has acknowledged its responsibility to act as a key partner in the war on drugs in this area. Through its Local Drug Action Committee (LDAC), the Municipality has recently embarked on several projects to fight drug abuse.  In order to protect public safety, it is justified that the various spheres of government relentlessly pursue various policies and strategies to disrupt the drug trade and in addition, obstruct violent behaviour that are associated with high-level drug trafficking.  However well intended this pursuit of justice it remains somewhat narrow-minded in its approach.  The arrest and imprisonment of individuals and cartels for drug related offences presents only one side of the coin.  The other side, let’s not forget, is the obligation of authorities to have support structures and process in place that are equipped to manage the impact that drug abuse has on citizens’ daily lives.  Whatever we do must ignite and keep the flame that gives people hope burning intensely.   In this war against drugs we dare not compromise on efforts that can redeem any lost souls!

Hopelessness and the relationship disconnect which usually accompany addiction and substance abuse, often result in isolating behaviour from both addict and those otherwise affected by this addiction.  In other words, addiction is not only a substance abuse disorder or purely a health matter; in a broader context it also manifests as a social disorder.  To develop healthy interpersonal relations as part of recovery and rehabilitation is by no means an easy task for a recovering addict.  However, it certainly is an essential component of the recovery process. Recovery requires time, allowance for vulnerability, effort and a willing support-network. For this reason, Saldanha Bay Municipality’s LDAC advocates a “whole of society approach” and has decided to embark on the establishment of community-based support groups.  This venture is a proud first for a Municipal Local Drug Action Committee (LDAC)!

These support groups, a form of collective assembly, ideally respond to the individual’s primal yearning to participate in a shared human experience. The support groups offer a safe space for individuals, families and ultimately communities to begin the healing process where people experience physical and emotional wounds as a result of trauma. The LDAC envisions to, by means of creating access for individuals to participate in the support groups, that a safe space will be offered to those recovering from and affected by drug and substance abuse.

The support group environment creates a place that is non-judgmental and where acceptance, compassion and the importance of accountability are the stepping stones for an individual on his or her journey of recovery.  The LDAC is excited about the prospects of restored hope and dignity where drug abuse and its far-reaching path of devastation has taken that away from people. 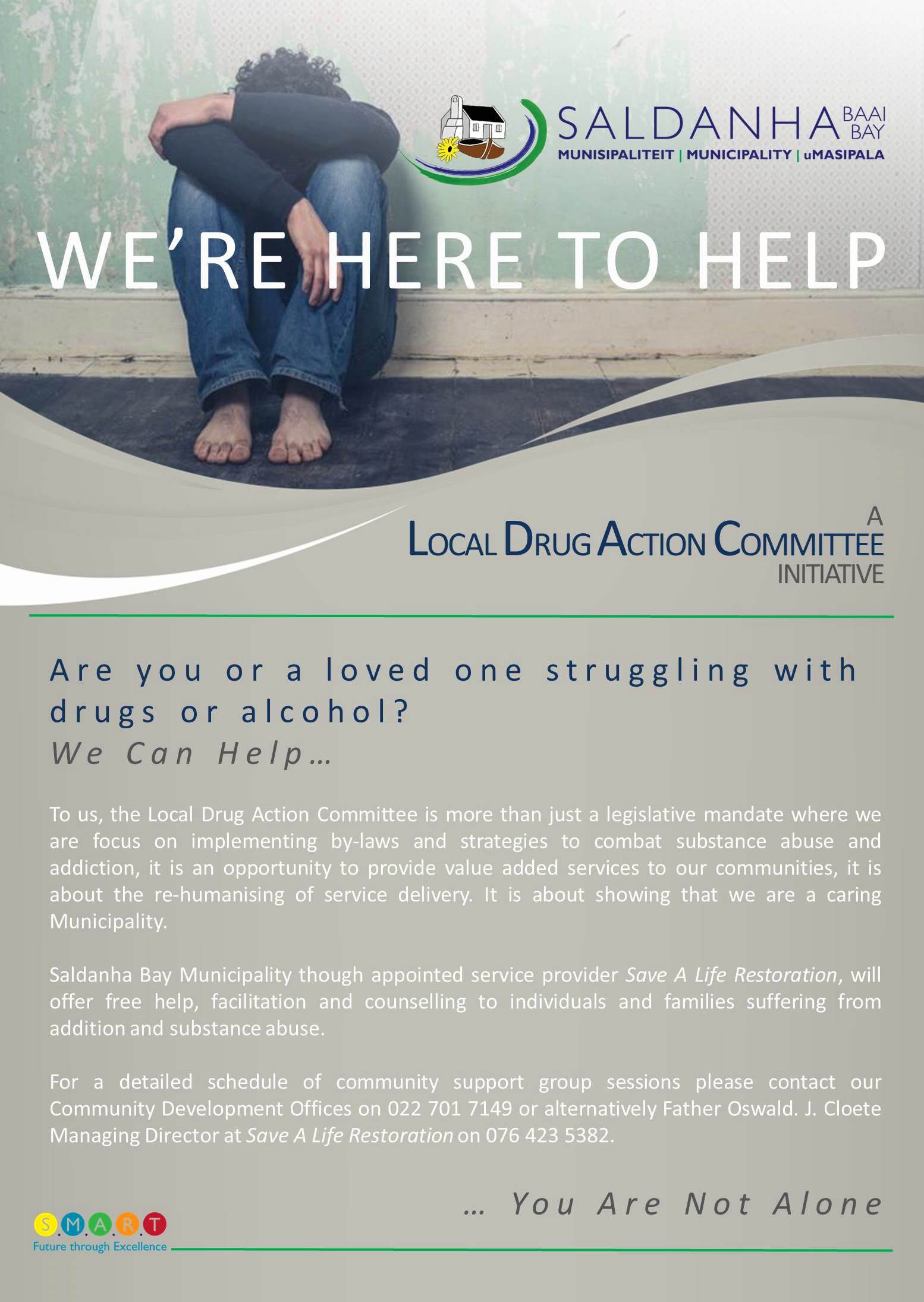 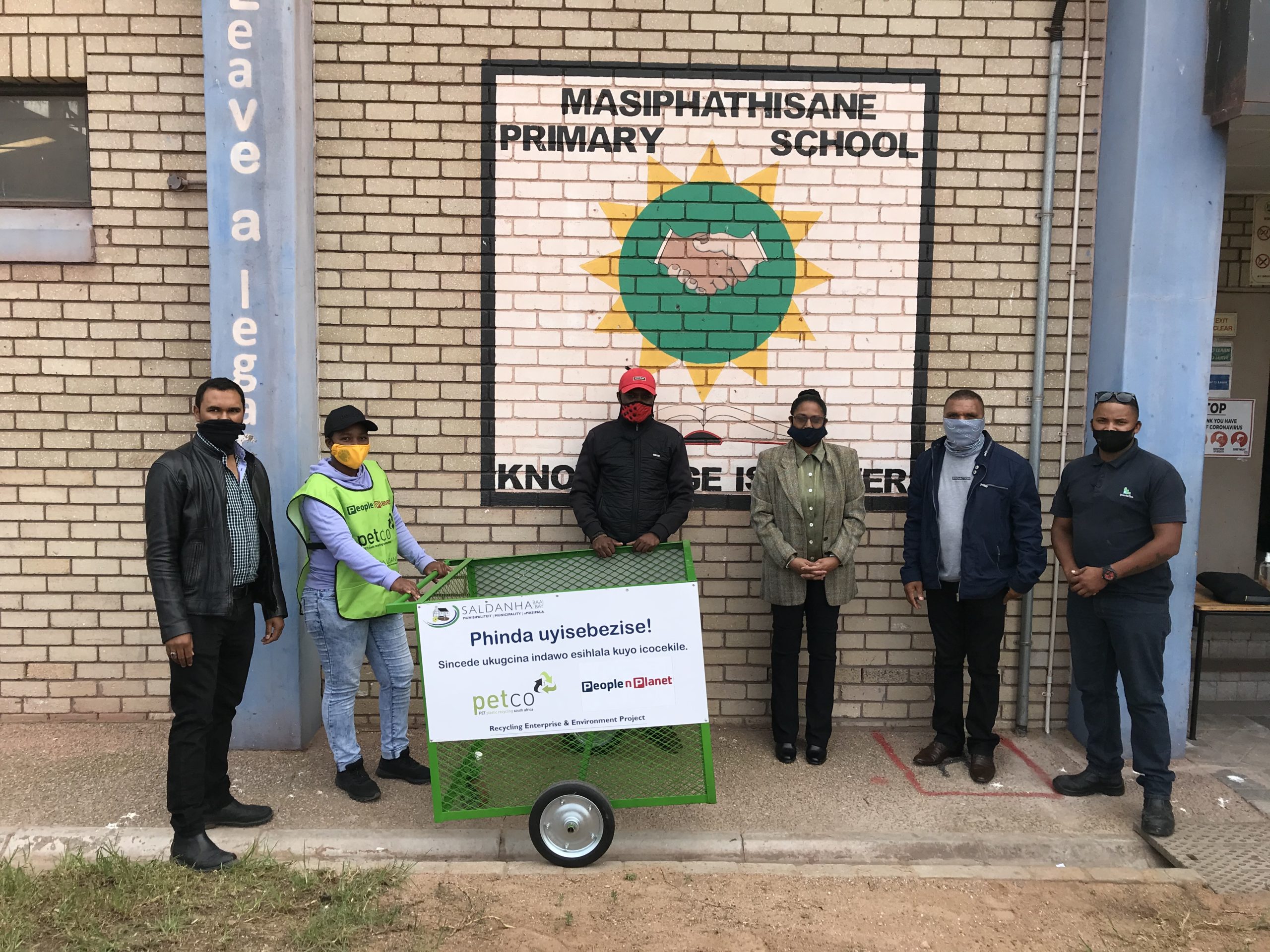