Not all plants are equal: Salsola sp

by Saldanha Bay Municipality | May 4, 2022 | Environmental

Tumbleweed is an annual weed that begins life as a typical multiple branched bush, which then takes on a spherical form. It depletes soil moisture and interferes with cultivation operations. This species invades roadsides, disturbed sites, riverbanks, riverbeds, in dry or somewhat saline areas. 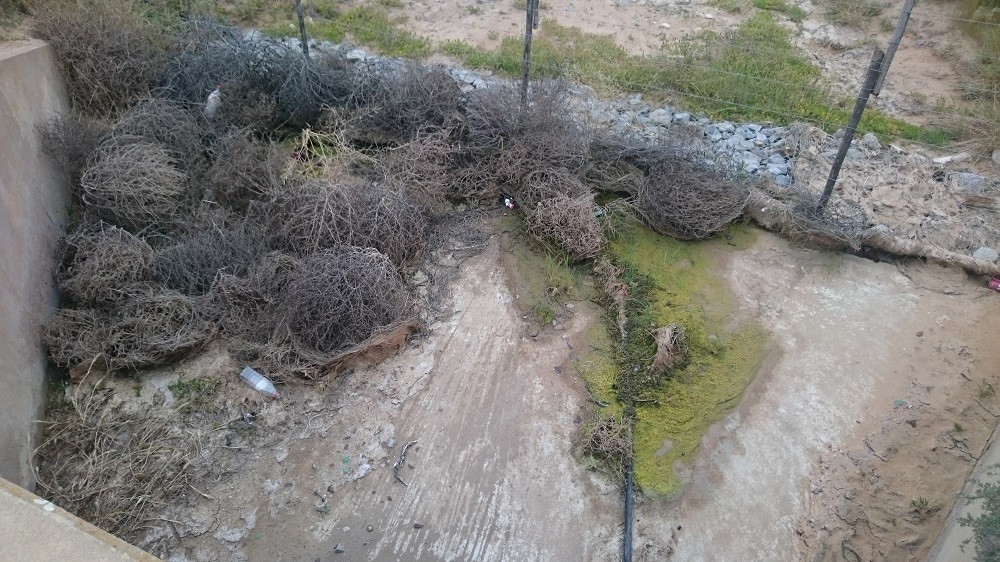 Leaves are alternate; blades linear, 1-2 mm wide, fleshy, usually not swollen at base, apex acuminate, forming a rather firm spine, 1-1.5(-2.2) mm long. Flowers are Inconspicuous, white, yellowish or greenish, cup shaped, in the leaf axils. The fruit/seeds have small, brownish capsules, usually with five spreading membranous, veined wings. A single plant can produce up to 200,000 seeds.

It grows in disturbed soils such as agricultural fields, irrigation canals and roadside shoulders and ditches. Plants thrive in salty and alkaline soils but will generally be outcompeted by natives in undisturbed habitats. Flowering occurs from September-April.

It’s a highly problematic, tough, unpalatable plant that clogs up storm water channels and competes with native species. It can rapidly colonise new areas, especially overgrazed, bare and eroded soil. The plants are unpalatable leading to selective grazing by domestic stock which exacerbates existing overgrazing and opens the way for further tumbleweed invasion.

As it rolls down the road, tumbleweeds do what they do best, disperse seeds, which typically number 250,000 per plant. Seeds are unusual in that they lack any protective coat or stored food reserves. Instead, each seed is a coiled, embryonic plant wrapped in a thin membrane. To survive winter without a warm coat, the plant does not germinate until warm weather arrives. 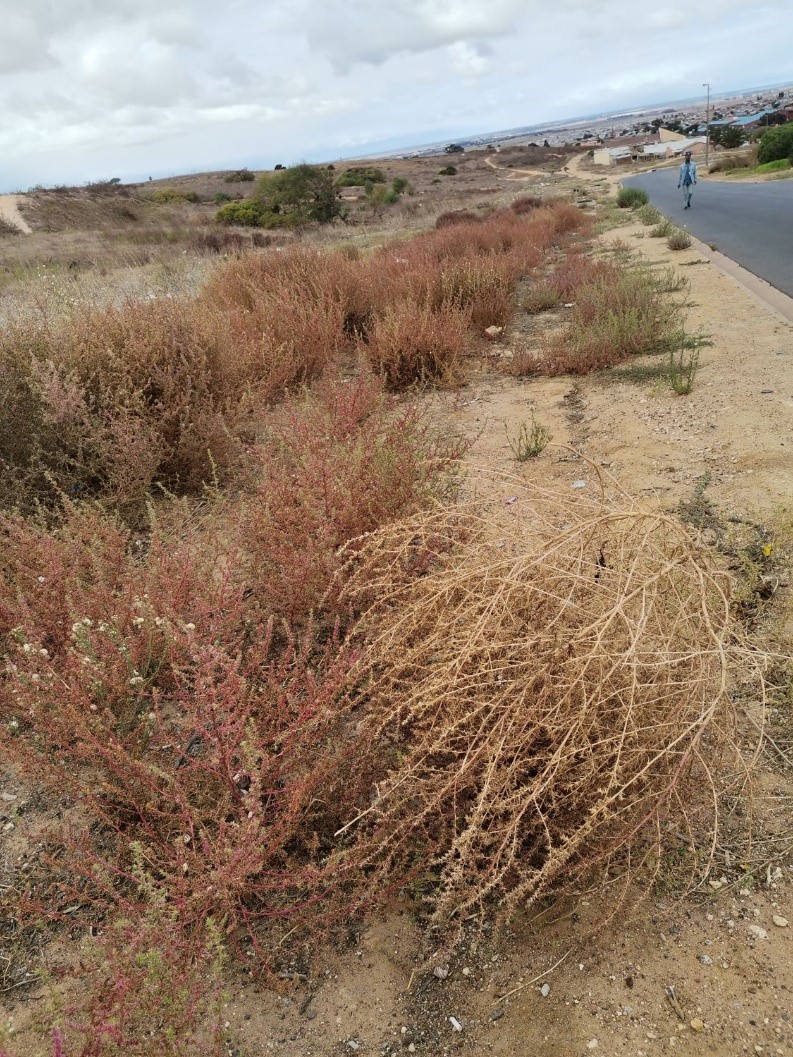 Salsola sp is a category 1b plant in terms of the National Environmental Management: Biodiversity Act, 10 of 2004. This means that the plant must be controlled and where possible eradicated and removed.