The theme for World Oceans Day 2022 is “Revitalization: Collective Action for the Ocean”

The ocean connects, sustains, and supports us all. Yet its health is at a tipping point and so is the well-being of all that depends on it. As the past years have shown us, we need to work together to create a new balance with the ocean that no longer depletes its bounty but instead restores its vibrancy and brings it new life.

In keeping with the theme and the ethos of Sea Harvest Corporation to continuously commit to finding better solutions and a more sustainable way of doing business and the Saldanha Bay Municipality’s strategic objective to develop socially integrated, safe and healthy communities, we took collective action and endurance for the ocean by re-installing a new and improved litter trap at one of the stormwater outlets at Hoedjiesbaai in Saldanha.

What exactly is a litter trap and what is its purpose?

The design is important because the estimated amount of litter will determine the volume of material the trap can hold and the frequency of cleaning it.

A litter trap is meant to prevent waste from entering the sea. The reason why this is important to achieve is that plastic breaks down into microplastic. Aquatic life and birds mistake microplastic for food, which accumulates in its tissue, ultimately becoming part of the food web, of which human beings are a part. Other water pollutants, such as dyes, heavy metals and other chemicals can easily attach to microplastics and these microplastics then act as a carrier of other pollutants in the body of aquatic animals, which further enter the food chain. Some organisms do not develop further and die when it comes into contact with plastic.

This project has not been without hiccups and will still experience a few more until we are able to achieve what we set out to do. The overall design was improved by enlarging the catchment volume, placing a grid beneath the trap to prevent it from getting waterlogged, Ribs were placed along the sides, to provide structure to the net so that it does not collapse on itself with the inflow of water and debris and a wider opening to accommodate easier cleaning. 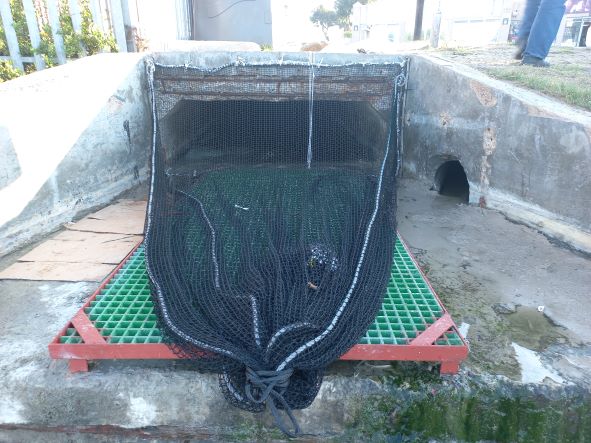 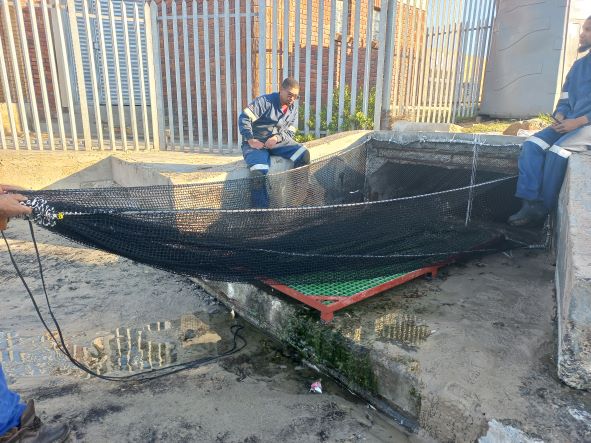 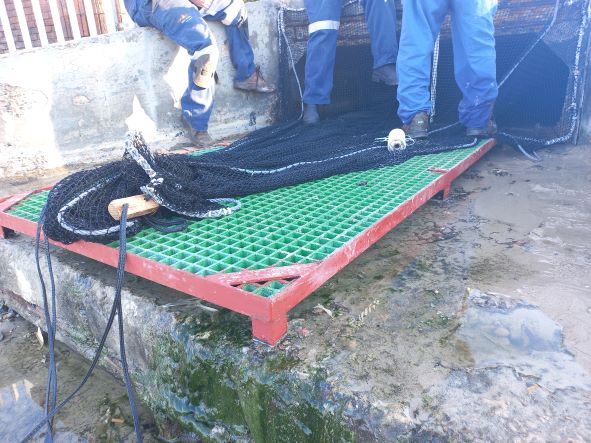 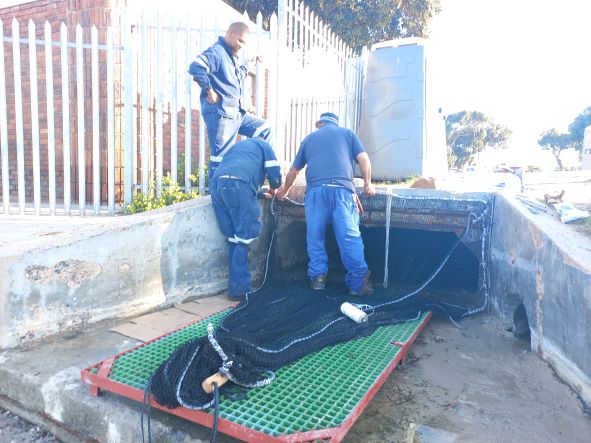 Please feel free to contact Nazeema.duarte@sbm.gov.za or 0227017116 if you have suggestions to improve or report vandalism to the litter trap.