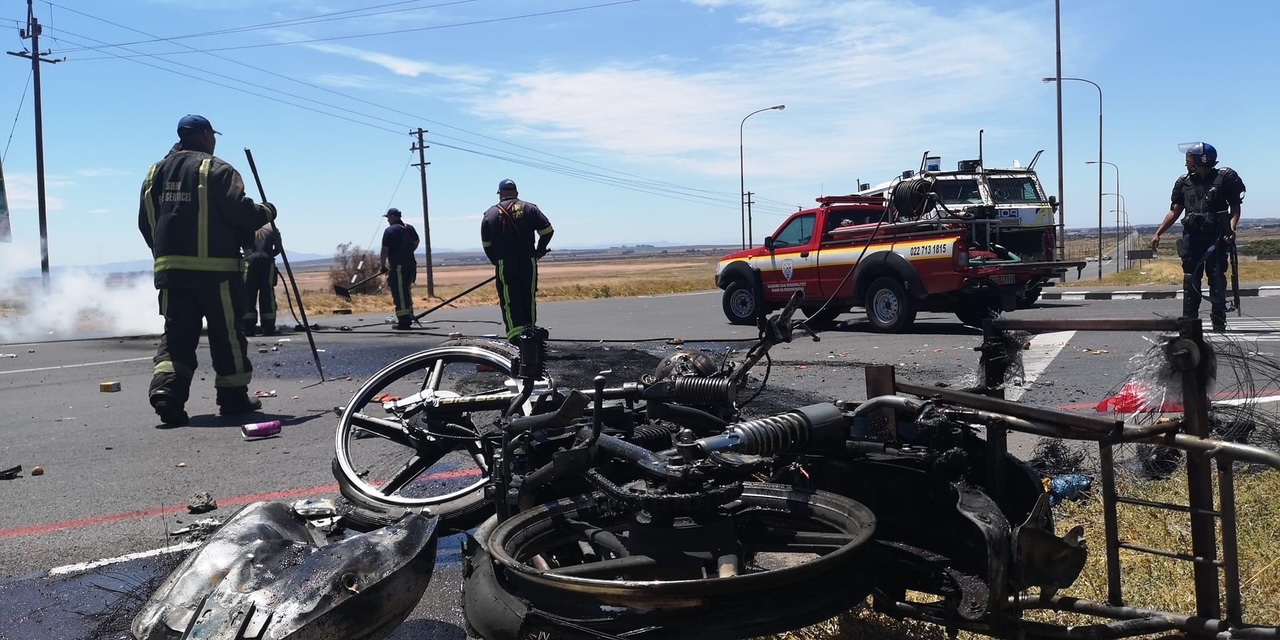 Sadly, both days of the provincial taxi shutdown saw numerous incidents of violence and intimidation, leaving our communities vulnerable and feeling unsafe.

This morning it was evident that there was a calculated effort to disrupt and close off Saldanha. In the early hours of the morning the senseless damaging of our public property continued as our residents were intimidated and assaulted.

As the Executive Mayor of Saldanha Bay, I want to explicitly state that this barbaric behaviour is strongly condemned. We will do whatever it takes, within the ambit of the law, to protect our citizens and property.

I want to give credit to our diligent Neighbourhood Watch, Law Enforcement and Fire Services, as well as members of POPS [Public Order Policing] who continued to work diligently under dangerous conditions to maintain a good presence in our towns and for going beyond the call of duty to restore law and order. The members of Vredenburg SAPS are also commended for the effective manner in which they executed their duties on Monday, 21 November ’22.

Whilst we respect the democratic right of the Taxi Industry, and any other industry for that matter, to strike / protest peacefully, we will never tolerate rogue individuals and groups who utilize this opportunity to embark on violent actions and disruptions to create chaos by damaging and destroying roads and public property and interfering with the free movement of our people.

Our urgent request to those participating in the protest action, is to refrain from interfering in any way, shape or form, with learners and their parents.

In view of the numerous illegal and violent incidents that happened, I can confirm that the Saldanha Bay Municipality reported several crimes to the local police for further investigation.

Our communities are advised to-

I want to plea with each and every member of our respective communities to put your safety and the safety of your loved ones first. Do not interfere and do not take the law into your own hands.

According to the Constitution, every person has the right to assemble with others and express their views on any matter freely in public and to enjoy the protection of the state while doing so. Section 17 of the Constitution provides that: everyone has the right, peacefully and unarmed, to assemble, to demonstrate, to picket and to present petitions. The exercise of such rights shall take place peacefully and with regard to the rights of others.

Saldanha Bay Municipality acknowledges the value of the Public Transport Industry in the local economy and has no dispute with the industry. However, in a democracy that is bound by the rule of law, we cannot and will not allow one party to exercise a constitutional right which infringe the constitutional rights of others.