ALL PLANTS ARE NOT EQUAL: Echium plantagineum

Bees love it. Horses and cattle get sick if they eat it and may even die. Commonly referred to as Paterson’s or Patterson’s curse (Echium plantagineum), this lilac-flowering invasive weed is flourishing across the Western Cape. Not many people are aware that it is an invasive weed, and because of its beautiful purple flower they think it is harmless.

Patterson’s Curse which was introduced to South Africa as an ornamental species has become a significant threat not only to the natural diversity but also to cultivated crops and pasture species of the area by out-competing them for space, water and sunlight. A dense population of echium can produce a seed bank of up to 30,000 seeds per square meter.

Paterson’s Curse comes from the Mediterranean region of Europe and is a well-publicised agricultural weed in Australia. It is thought to have arrived in Cape Town during a pit-stop of a vessel from the UK destined for Australia during the late 1700s. These vessels often carried livestock and feed which may have been contaminated with Paterson’s curse seeds. It comes to dominate pastures and rangelands, and substantially reduces the production of livestock in these invaded areas

It is a deep-rooted biennial that can grow up to 1m high. The leaves and stems are covered with coarse, white hairs. The stem leaves are long and small and the basal rosette leaves are broad and large with prominent lateral veins. Blue or purple flowers appear from spring to autumn.

As a declared weed, Paterson’s Curse is listed as a Category 1b invasive plant on the National List of Invasive Species. This means that property owners and organs of state have a duty of care to control and remove it from their land. 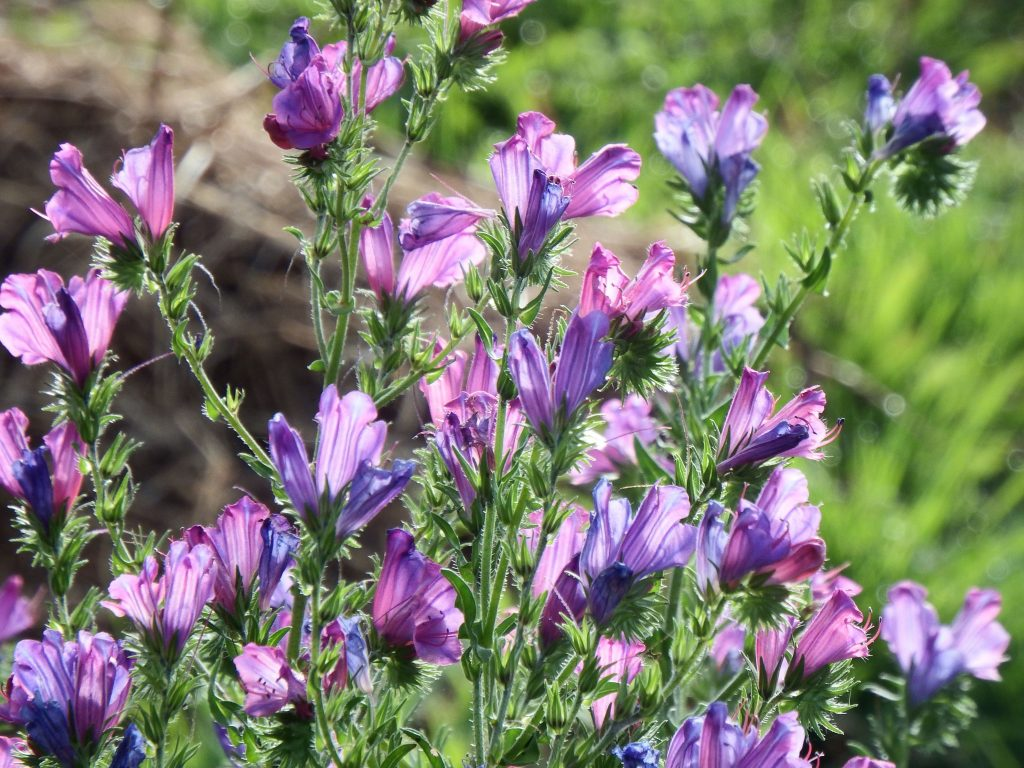