The event was hosted at the White City Multipurpose Centre in Saldanha. Keynote Speakers were the Executive Mayors of the WCDM and SBM, Alderman Harold Cleophas and Alderman Marius Koen, who delivered strong messages in support of the Gender Based Violence (GBV) awareness campaign.  In his address Captain van Reenen from the local SAPS appealed to citizens to work together in the fight against GBV. Where incidents of violence are reported, victims must be treated with respect and dignity.  The guests further received powerful messages from Ms L Goliath from the Department of Justice and testimonials from an ex-offender as well as a speaker who attested to her surviving a GBV-related crime.

Dignitaries, including Saldanha Bay Municipality Councillors, were given an opportunity to sign the Pledge Against Gender-Based Violence. After the formalities, guests progressed to an area opposite the Saldanha SAPS offices where Executive Mayor, Alderman Koen unveiled the specially commissioned mural in commemoration of the GBV campaign.

Given the scourge of Gender-Based violence in the country, Government is implementing the Emergency Response Action Plan on Gender-Based Violence and Femicide, which was announced by President Cyril Ramaphosa in September 2019. The 16 Days Campaign forms the centre point of government’s comprehensive 365 Days of Activism for No Violence Against Women and Children.

Together, let us take actions to support the 16 Days of Activism for No Violence Against Women and Children campaign. 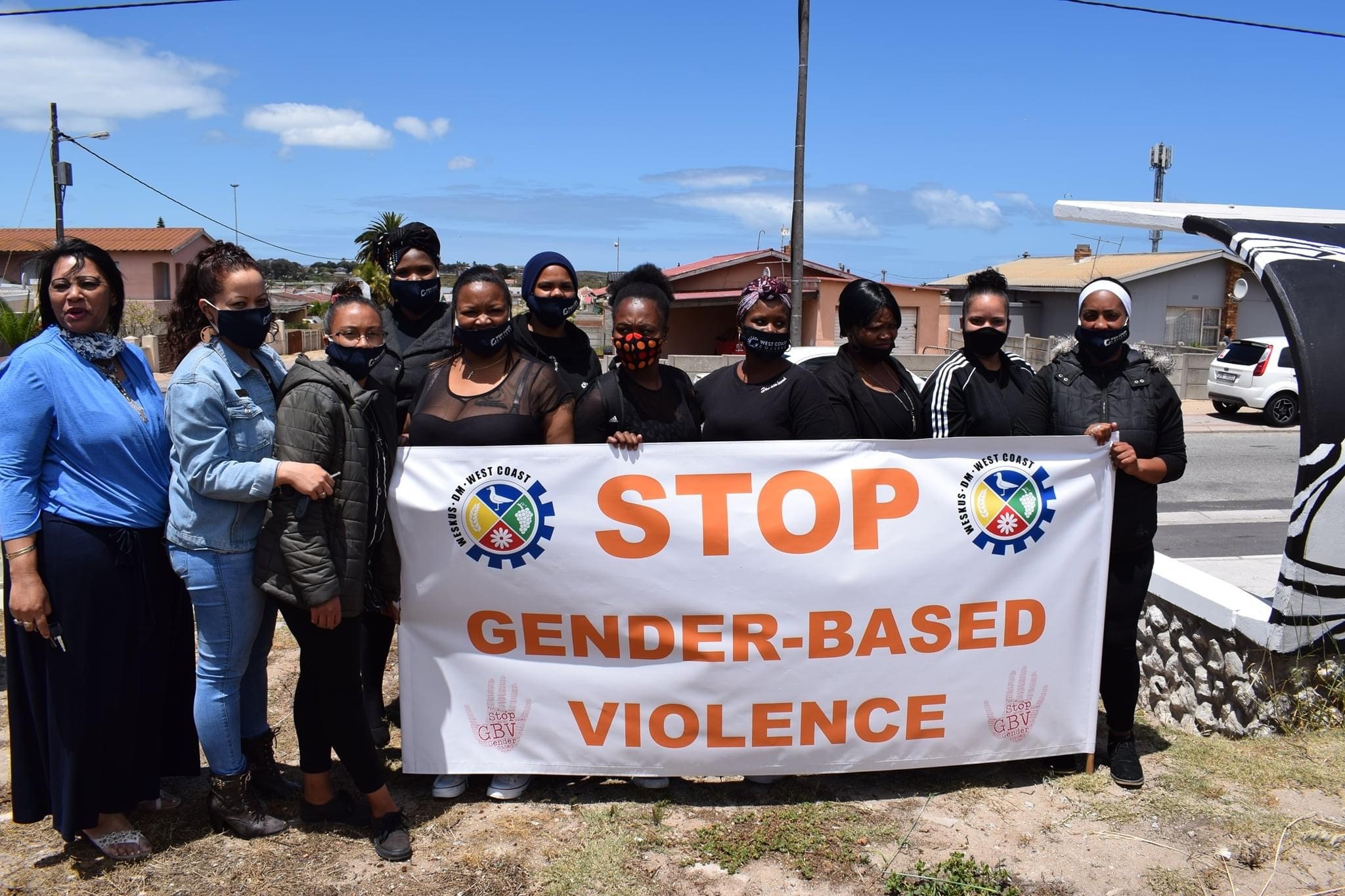 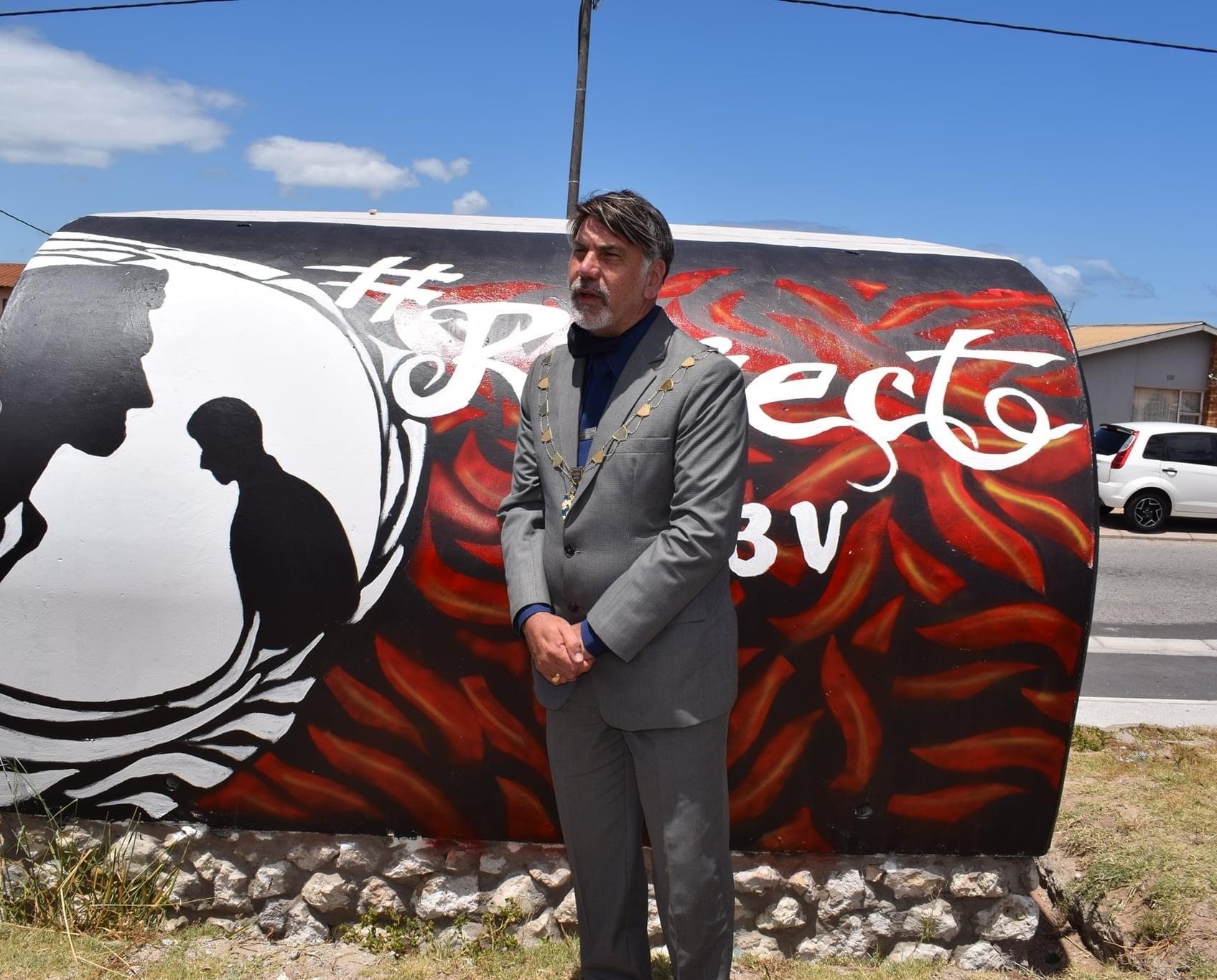 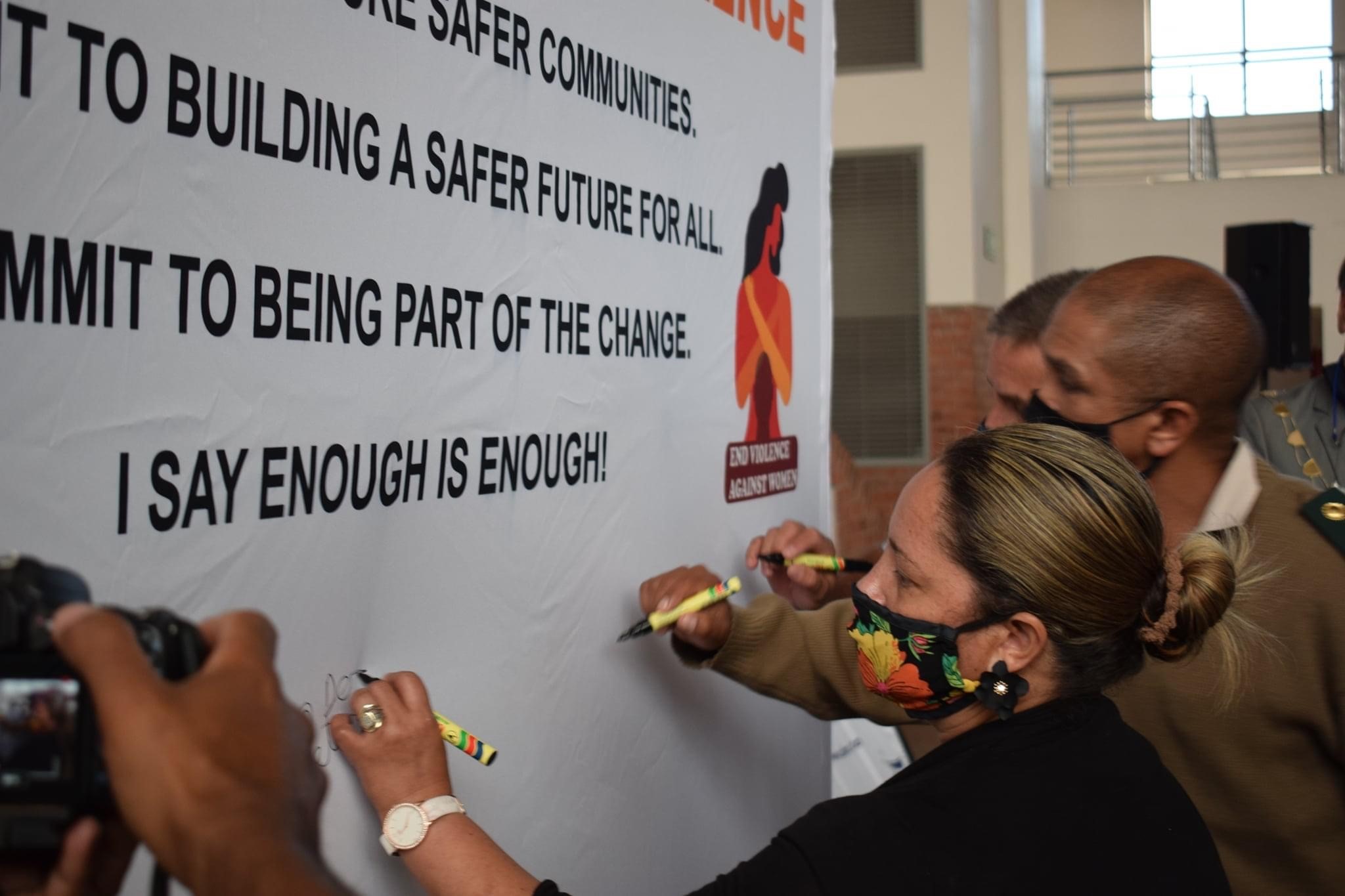