Together, the departments developed a holistic integrated festive season plan to conduct and execute joint traffic law enforcement operations and to prevent fires within the municipal area of jurisdiction.

The pre-holiday phase was introduced in October 2018 by conducting awareness programmes, increasing visibility in towns and executing joint law enforcement operations. During the Vredenburg and Saldanha unrest in November, the department worked together with all law enforcement agencies to ensure the safety of residents within the municipal area, including the employees of Saldanha Bay Municipality through the deployment of operational officials at municipal buildings and resorts.

Critical dates were identified at the commencement of the festive season in December 2018 to ensure the presence of multiple forces during the execution of operations.

The table below highlights the identified dates: 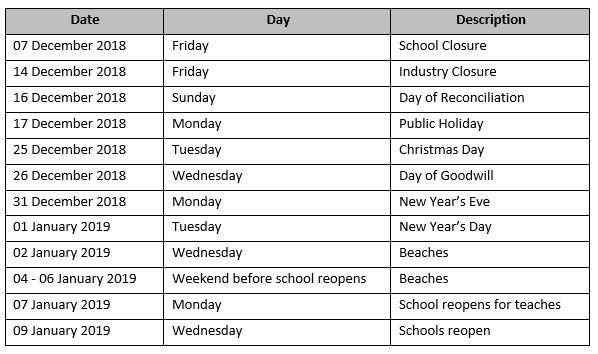 Paternoster, Saldanha and Langebaan were identified as high priority towns due to the influx of visitors to the various beaches. This resulted in the deployment of additional auxiliary officials to the three towns.

The new recruits underwent peace officer and traffic warden training, arranged by the Department of Community Safety, and was placed at the municipal law enforcement section from 15 December 2018 to 15 January 2019.

A total of ten (10) traffic wardens were deployed with to provide assistance during the festive season period. These officers were deployed under the direct supervision of permanent traffic/law enforcement officers and conducted the following duties:

The Saldanha Bay Municipal Fire Services ensured that measures were put in place for open communications between fire and disaster management services in the event of major incidents related to fire within the municipal area of jurisdiction. 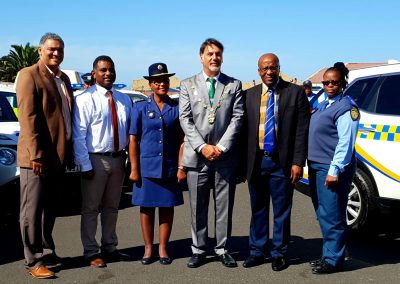 The new fleet of vehicles for the department of public safety. 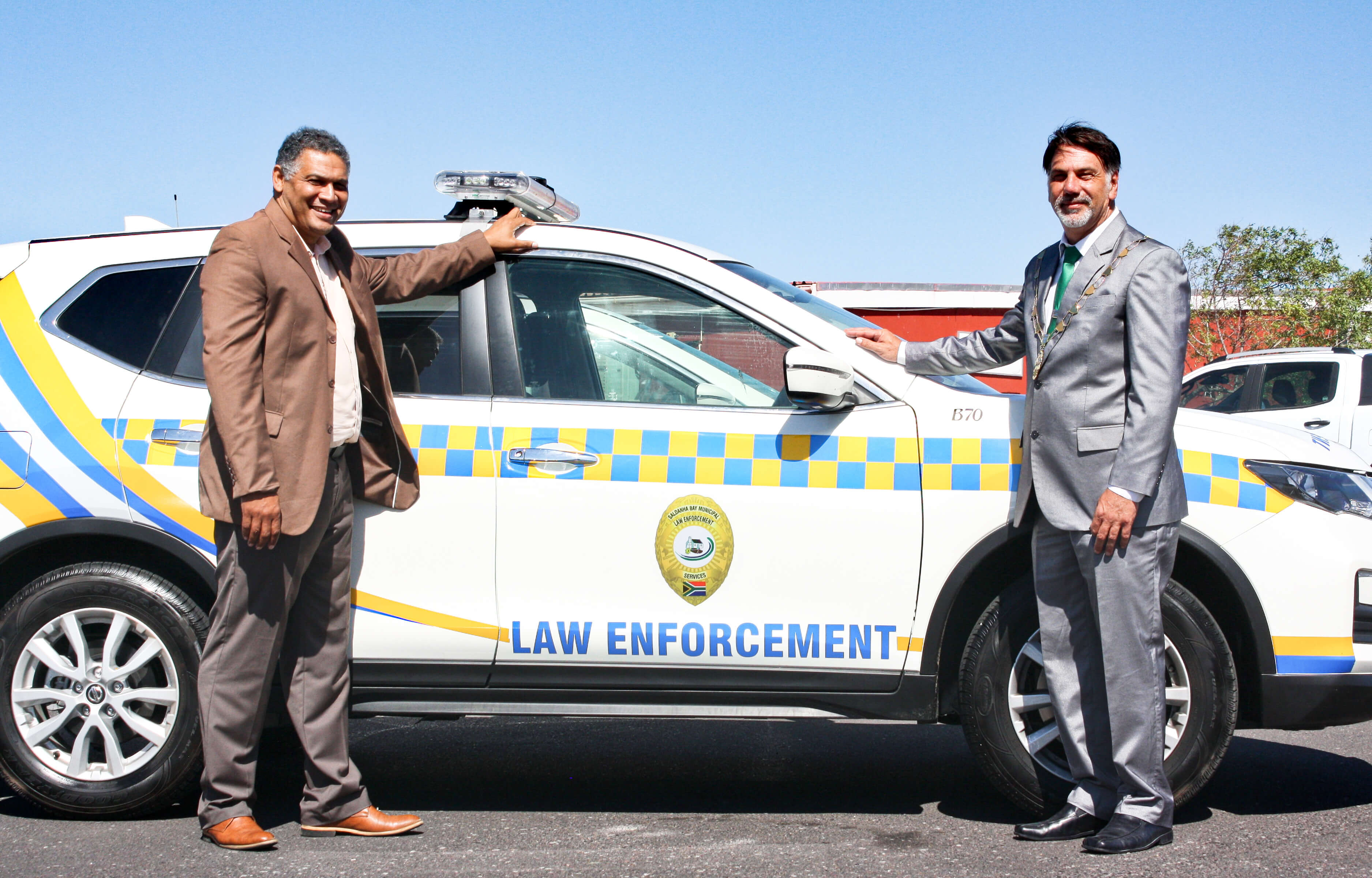 The table below illustrates the activities conducted: 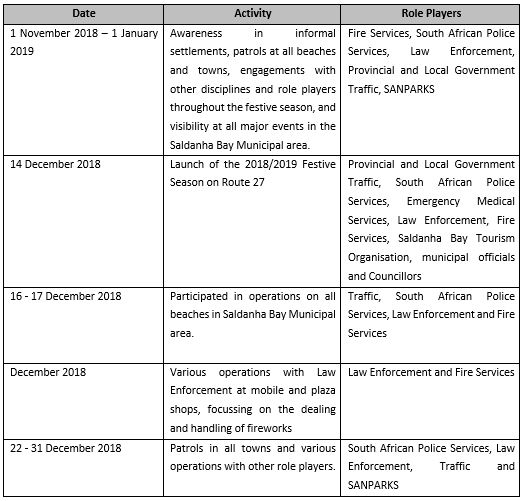 Insufficient parking at beaches within the municipal area remains a challenge.

The Executive Mayor of Saldanha Bay Municipality, Alderman Marius Koen, thanked all departments and role players for their efforts in ensuring the safety of visitors and our communities.

“Together you have ensured that Saldanha Bay Municipality’s strategic objective ‘To develop socially integrated safety and healthy communities’ is successfully executed throughout the holiday season. It is essential that all our employees know that they too are very important stakeholders and our key ambassadors in service delivery,” he said. 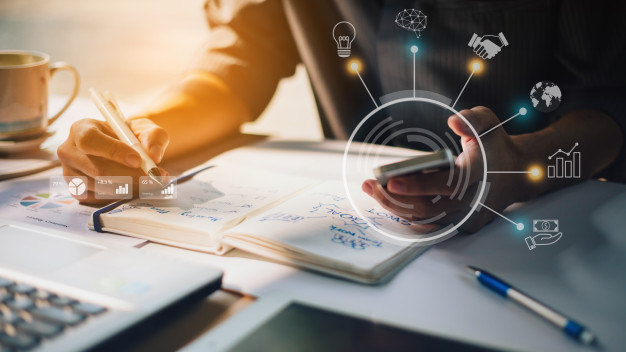 Due to generation capacity constraints, Stage 2 loadshedding will be implemented from 21:00 tonight until 05:00 on Monday, 6 December 2021. The...
Read More 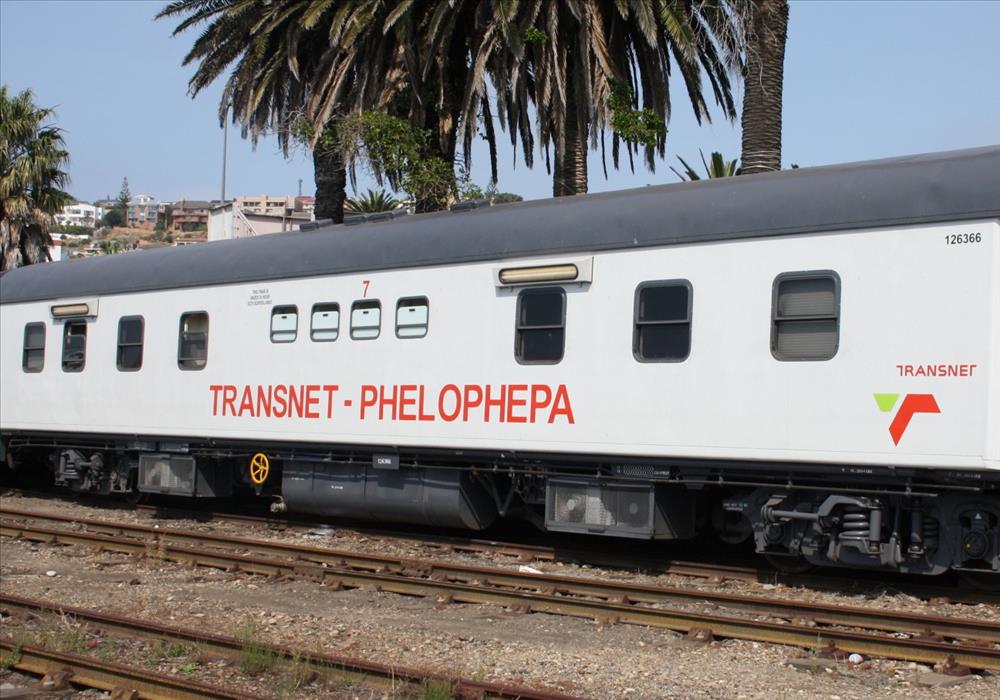 THE PHELOPHEPA HEALTHCARE TRAIN IS COMING TO TOWN!

The Transnet-Phelophepa Healthcare Train brings health and hope to citizens that are in need of access to health-care facilities from 16 to 20...
Read More